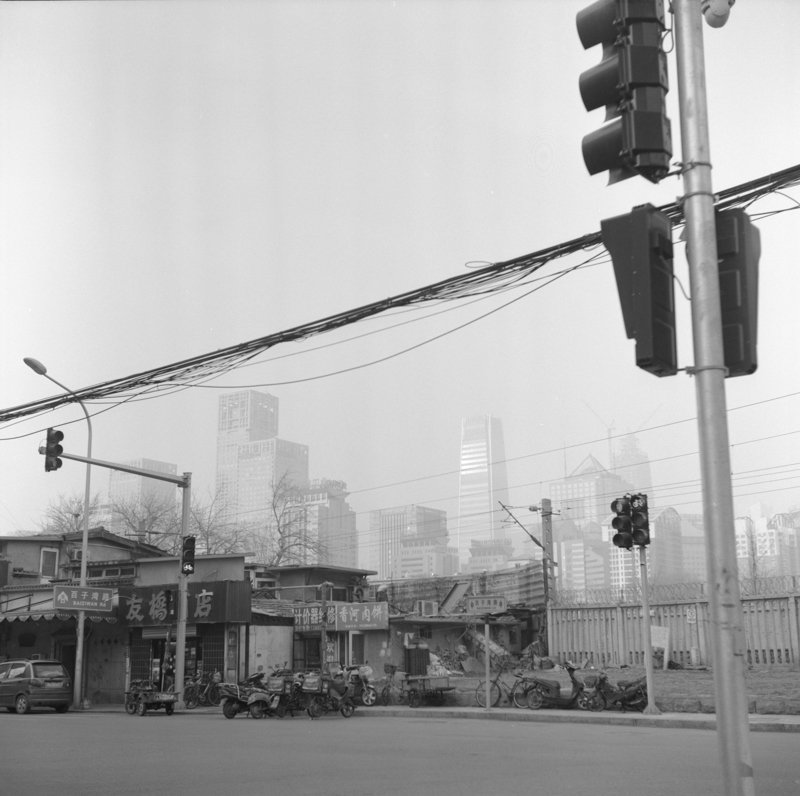 Beijing (北京) on a sunny — though hazy — winter’s day. Beijing does get clear sunny days when its windy.

It’s cold in December. A bit of a no-brainer statement for everyone who lives in the northern hemisphere, but for us equatorians, where it only gets cold in the office, the sub-zero chill of Beijing gets me shaking uncontrollably.

I shot the above picture while my wife was browsing in the bookstore next to an art gallery. Lucky for her, she can read Chinese. Once I realised that there weren’t any suitable books for me, I went outside to make my own art.

In the middle ground of the picture above, there are some small businesses trying to eke out an existence butted up against the train line behind them. In the background, through the haze, is the city core, with its buildings glinting in the fleeting sun.

We were at the Today Art Museum to see an exhibition by Lu Shengzhong titled “Last Century — Lu Shengzhong’s Solo Exhibition”.

Lu is a Chinese artist who specialises in paper cutting. He is also the teacher of a friend of mine Li Hongbo 李洪波, who is also an accomplished artist working in paper. 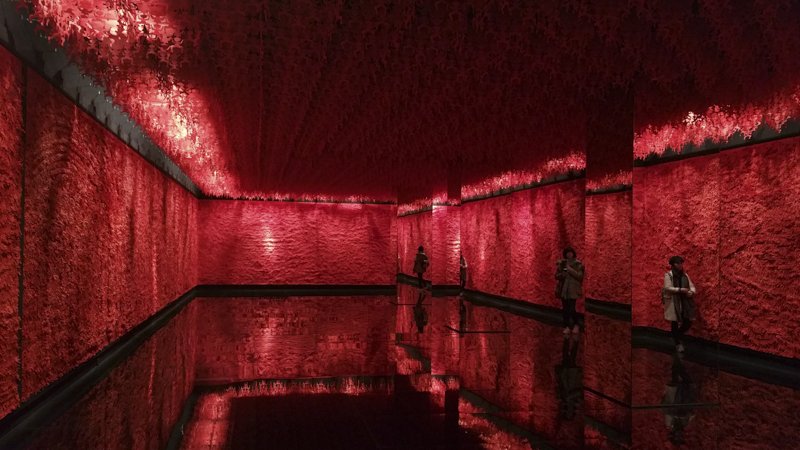 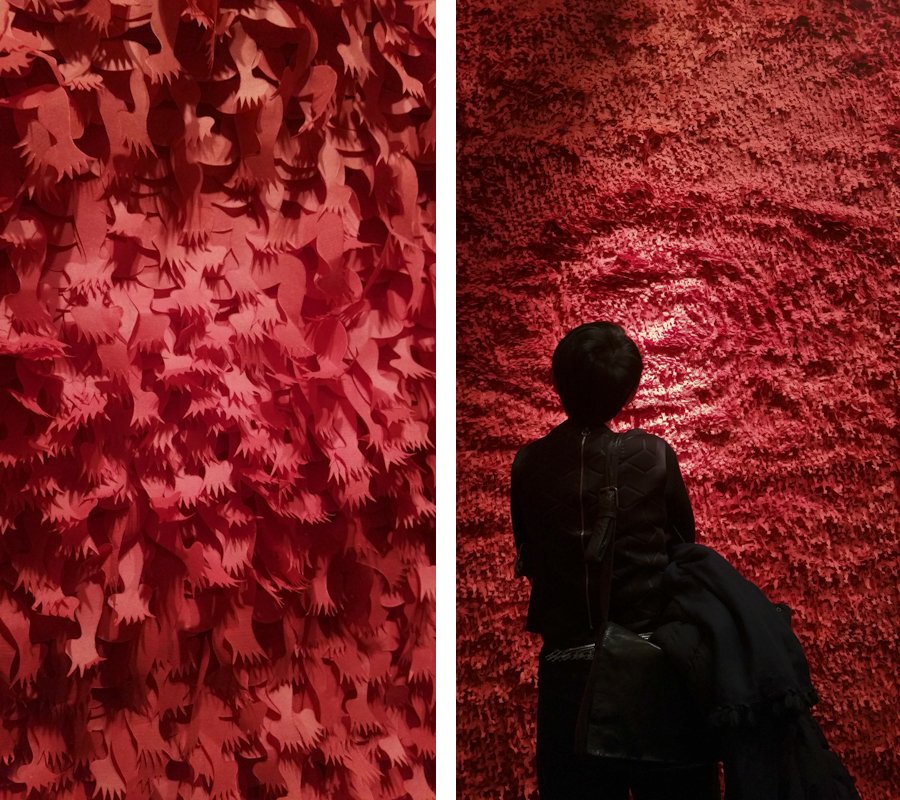 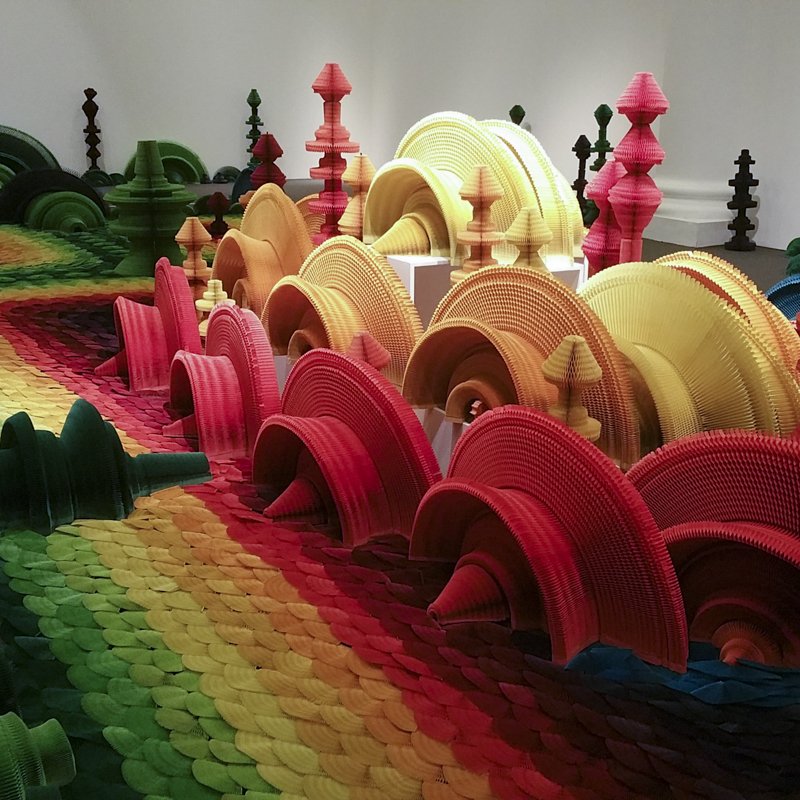 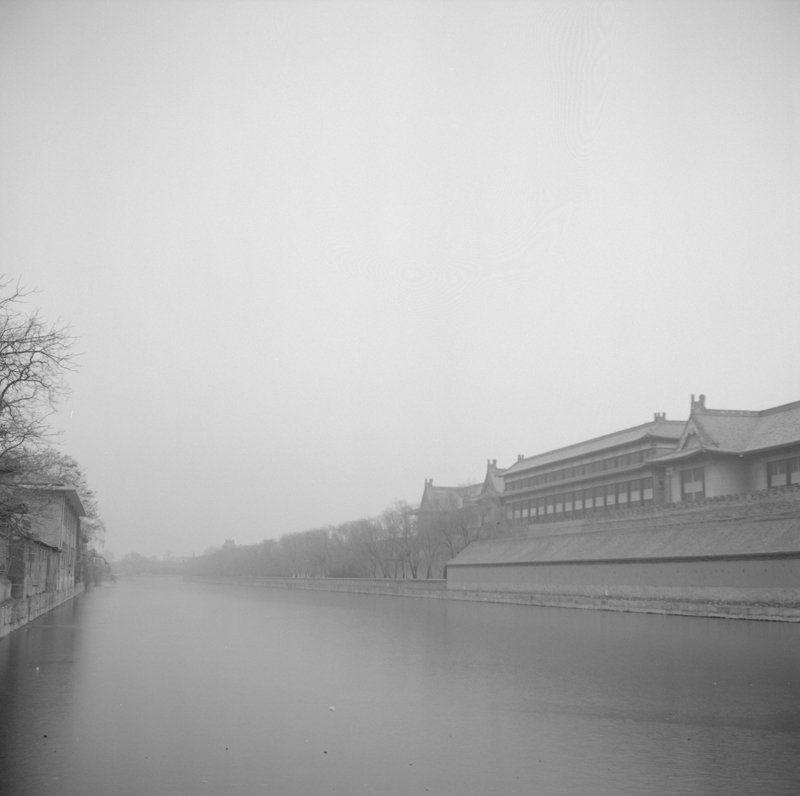 This is a shot of the moat surrounding The Palace Museum (故宫), also known as The Forbidden City. The moat is frozen. The cold makes my nose run and my eyes water. I try to operate my camera with my gloves on. For the most part this is achievable, however, I later discover that sometimes I change the shutter speed when cocking the shutter (yeah, the camera is that old). Speaking (writing) of old cameras — this one, a Yashica TLR 635, was made in 1958. I get a lot of curious looks from people when they see the camera. Two people gave me big grins and a thumbs up. Others tried to look through the viewfinder, which is a large, deep square on top of the camera.

The Palace Museum is amazing. Built from the early 1400s, added to, and renovated over a few centuries, the place is vast, but it has a feeling of emptiness. Tourists fill the void. 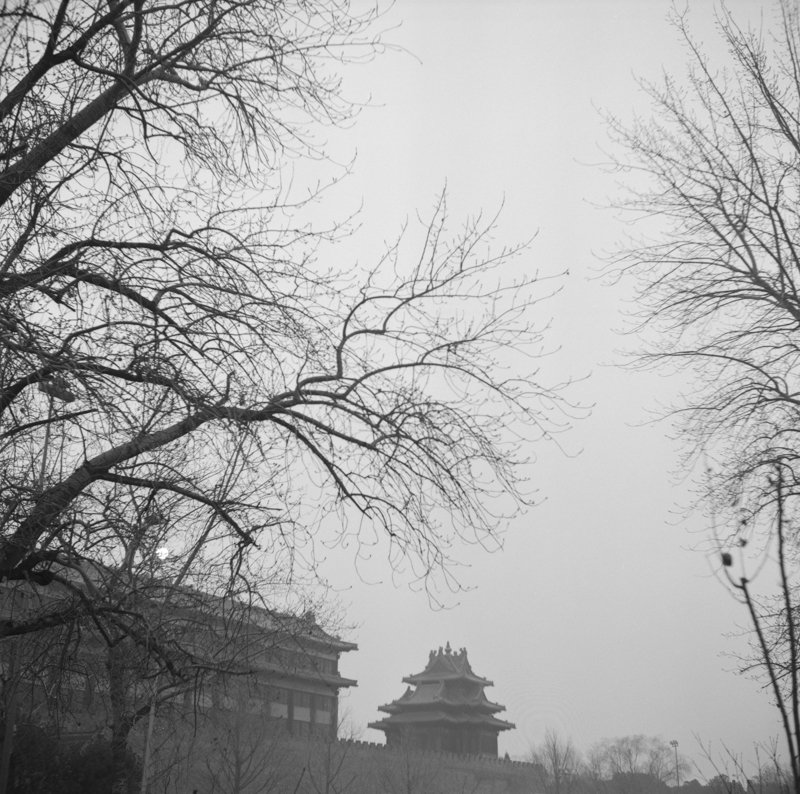 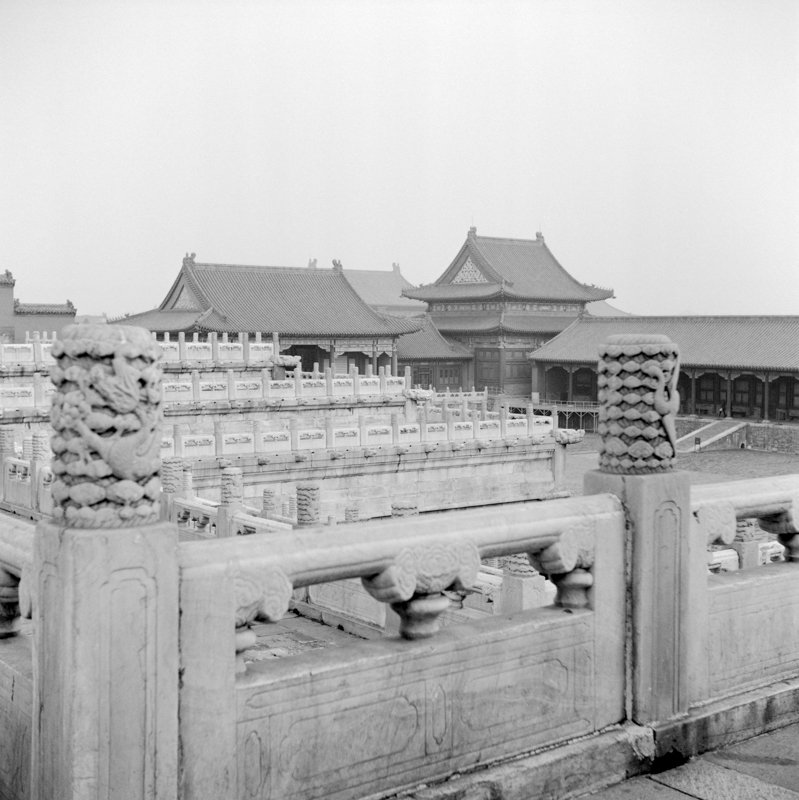 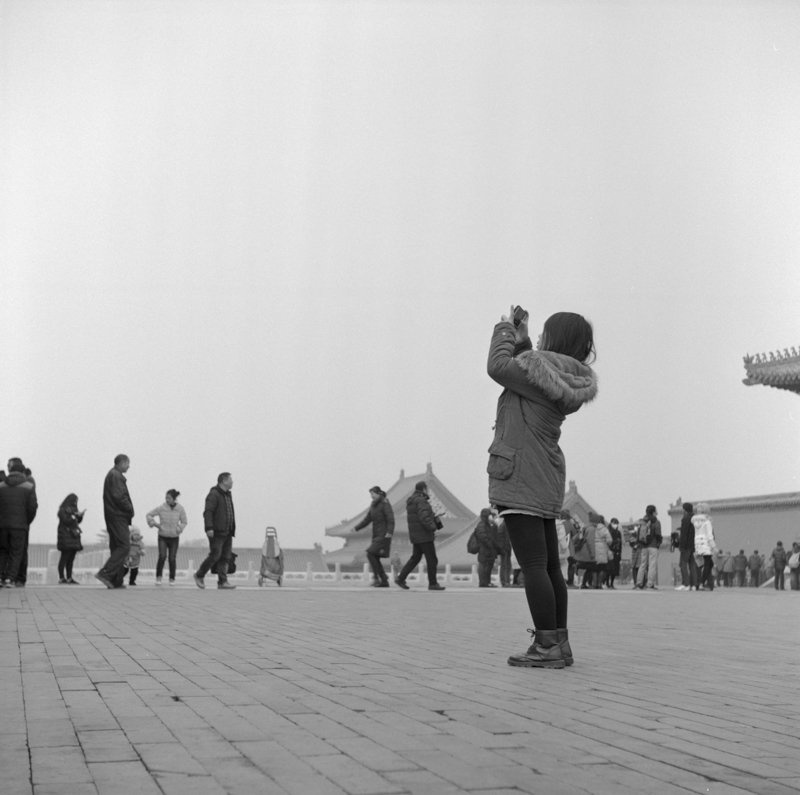 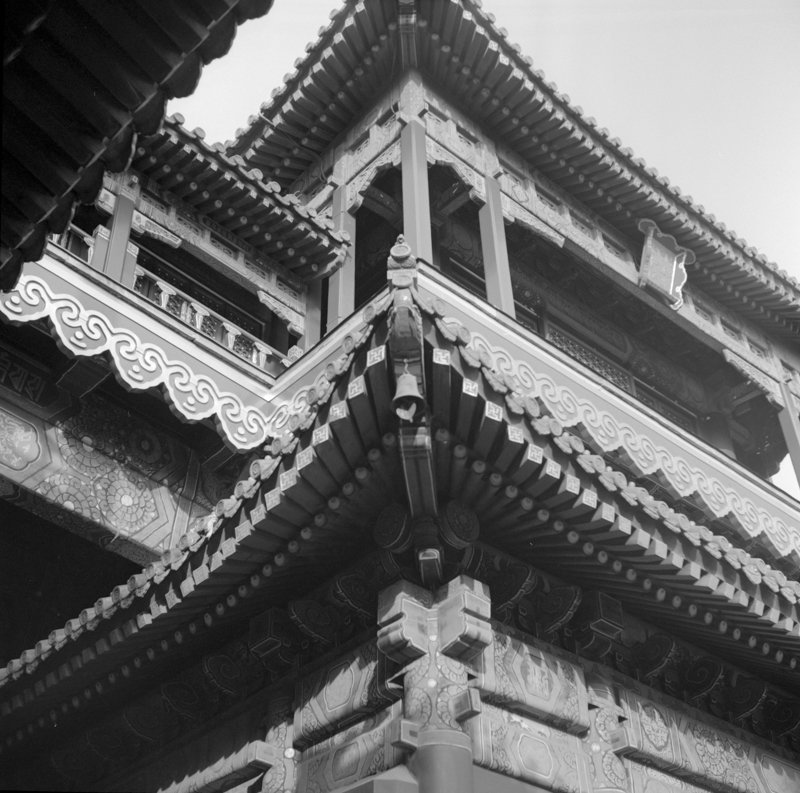 Yonghegong (雍和宫), located in the Dongcheng District, Beijing, started out as a court in the 1690s before it was converted into a Lamasery — a temple dedicated to Tibetan Buddhism — by the Yongzheng Emperor in 1722.

We met an artist on our first night in Beijing who comes from Mongolia. He has an interest in Buddhist scriptures and has been helping the Yonghe institution with their extensive archive of woodblock prints. We got a peek at some of the collection. 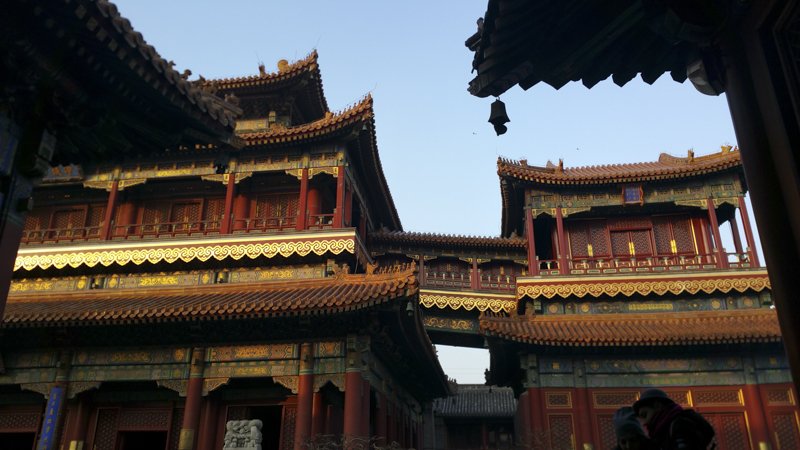 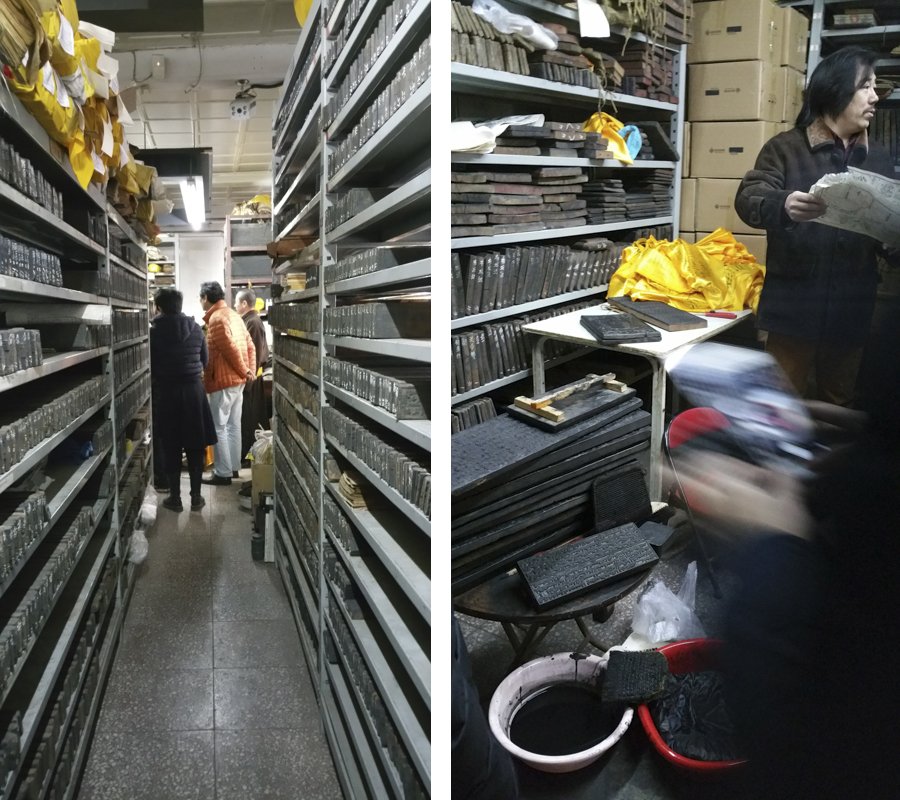 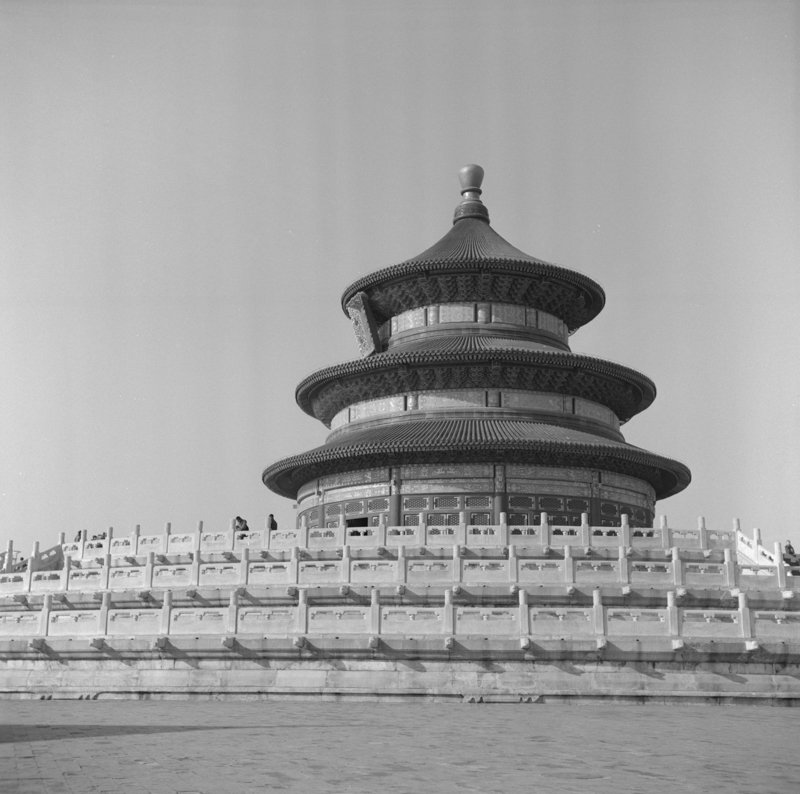 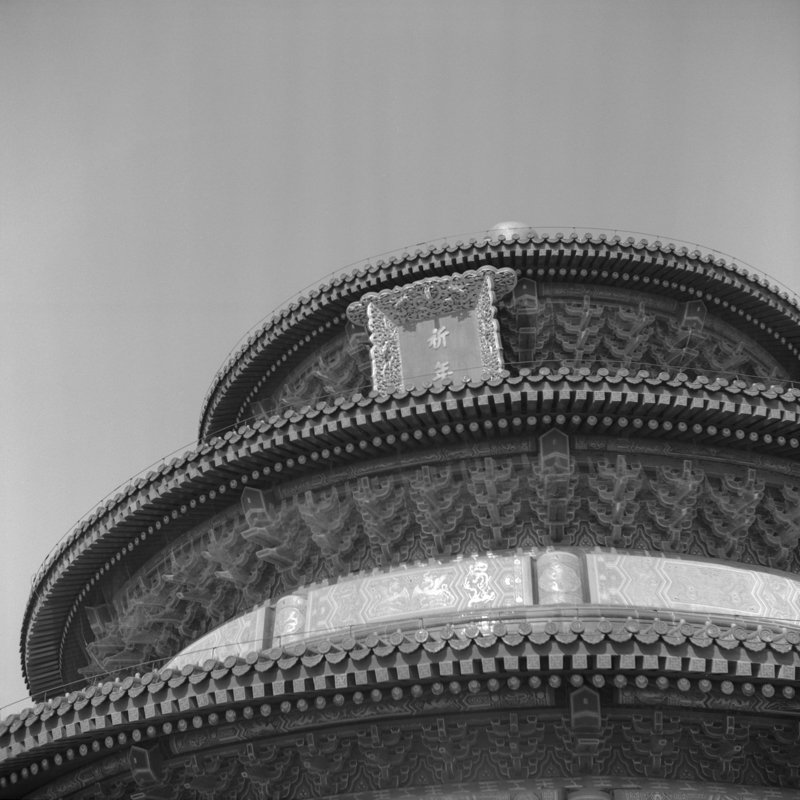 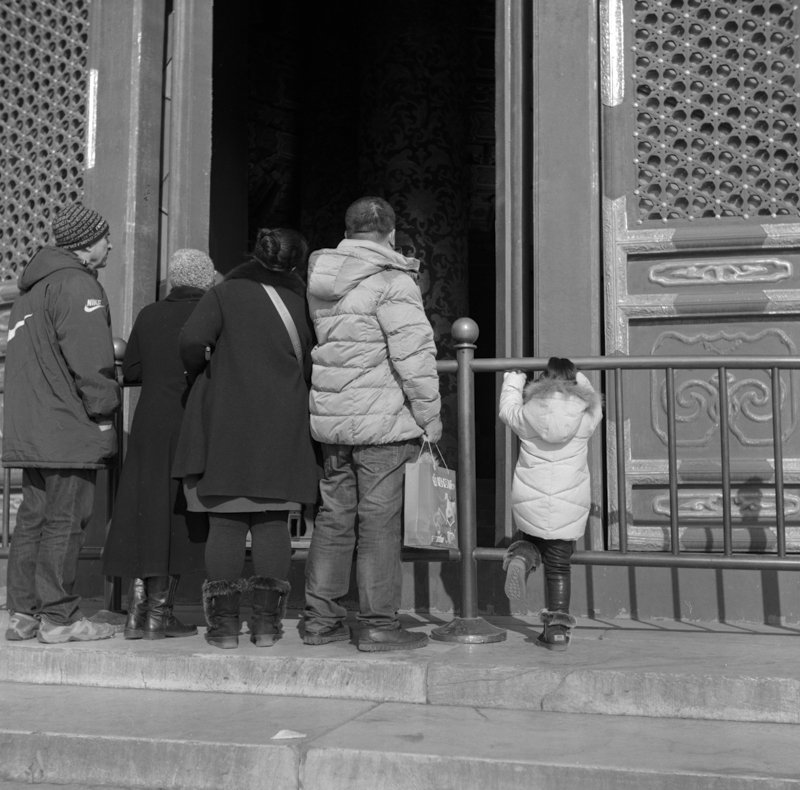 The above three pictures are from the Temple of Heaven, also known as Tian Tan (天坛). Built from the early 1400s the complex was visited by emperors for annual ceremonies of prayer for good harvest. 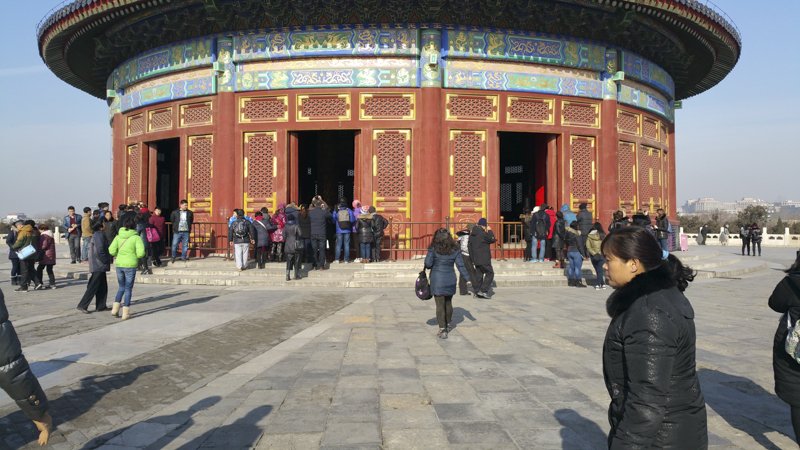 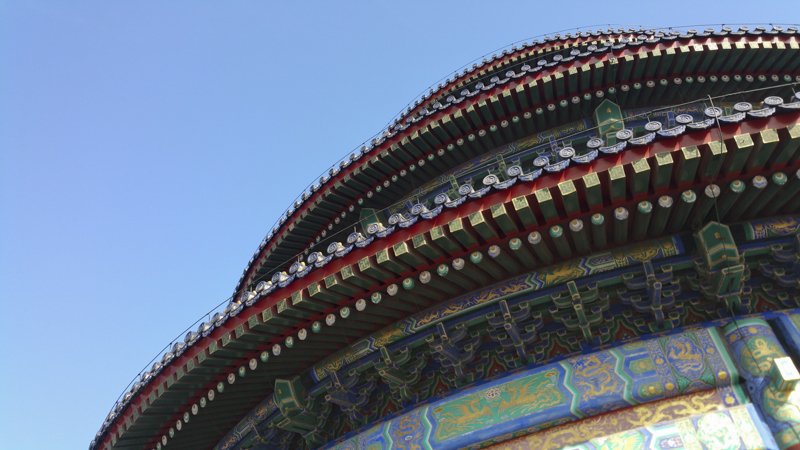 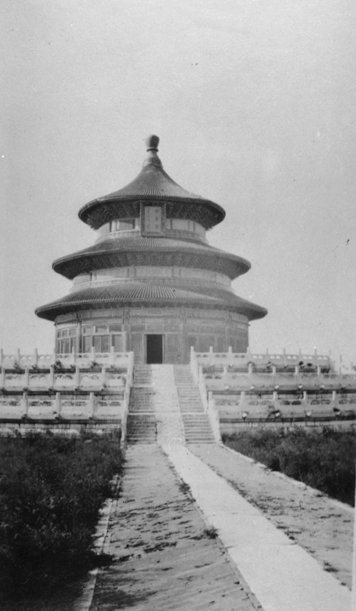 The photo above was taken by my grandmother’s uncle, Herbert Brewster, when he lived in Manchuria from 1913 — ca. 1922.